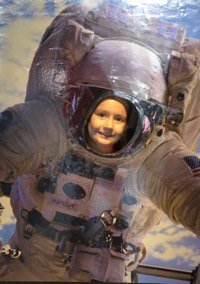 Everyone took a photo as an astronaut, then made their way into the domed planetarium. The reclined seats were a novelty to some of the campers, but they helped them see the star show.

Campers watched images and stars dance across the “sky” and heard mr. RAY’s songs “Kalien the Alien” and “Family Ride,” among others. 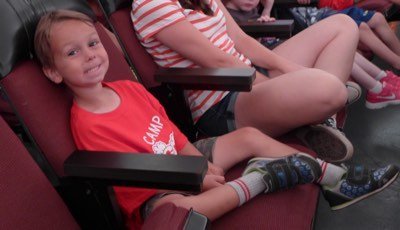